Could women in Lagos be less likely to engage in corruption than men? 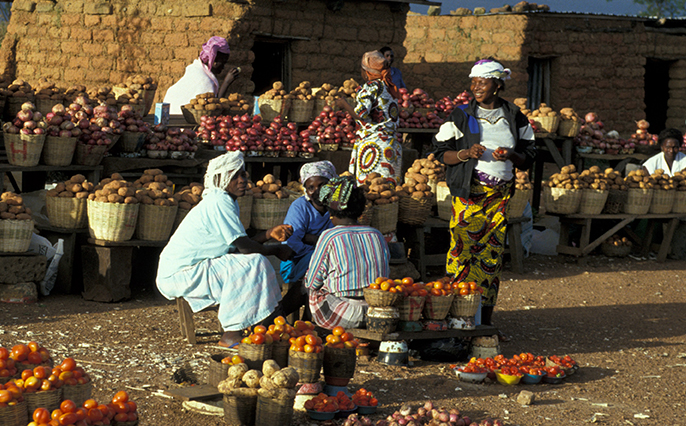 Women in Nigeria’s Lagos State are less likely to engage in corruption than men, according to a survey commissioned by the ACE Research Consortium and conducted last month by Pollit Analytics, a Lagos-based polling company. The survey, carried out in the Nigerian presidential pre-election climate, asked 500 online respondents about their views on corruption. It offers a snapshot of perceptions and of personal involvement in corrupt activities in the state, as well as of differences by gender.

Corruption continues to be a regular feature of life for Lagos residents. 97% of survey respondents felt that corruption is a frequent part of the business culture in Nigeria. And the majority admitted to having paid a bribe a few times or more to get things done or avoid problems, whether to secure a government service or access medical care.

The frequency of bribe payments varies by sector, however. Respondents were more likely to pay a bribe when dealing with police officers and government officials, for example, than when dealing with health workers.

But no matter the sector, women were less likely to engage in corrupt practices than men. While 48% of male respondents have paid a bribe ‘a few times’ or ‘often’ to get assistance from the police, for instance, only 38% of women have done the same. And while 48% of women have never acted corruptly to avoid problems with the police, only 36% of men have not.

In case of the police, this difference might be due to women interacting with police officers less frequently than men. However, even in sectors where women are more likely to be involved (due to their roles as mothers or caretakers), women were less likely to engage in corruption. 50% of female respondents said they have never performed an act of corruption to secure services from an educational institution, for example, compared with 40% of men.

Carried out just a week before the Nigerian presidential elections in February 2019, the survey also asked about corruption and the elections. Across the board, corruption was ranked as the second most critical issue in the elections, after the economy. But women found the issue to be somewhat more important than men, with 45% of female respondents indicating it was a critical issue, as opposed to 34% of men. This might be because of the way women are affected by corruption.

What these findings mean for the relationship between gender and corruption

Our random sampling seems to suggest that women might be more honest than men. But how robust is that finding? Not very. Studies trying to determine if women are less corrupt than men show mixed results – some indicate that men are more corrupt than women and some that they are equally corrupt. And while there is very little evidence demonstrating that women are the more corrupt gender, this still does not mean that women are intrinsically more honest. Context matters. If women find themselves in fewer situations of high corruption risk, for example, then this will impact on how often they pay bribes. Men are more commonly in positions of power, giving them greater opportunities to be corrupt. Equally, many developing countries have had female heads of state, and that hasn’t significantly improved gender norms or impacted levels of corruption.

What we do know for sure is that corruption impacts the poor and the vulnerable, especially women and children, the hardest. In patriarchal societies, women have less decision-making power and may be less able to report unethical behaviour and so can be the easier targets for corruption. In addition, women are normally caregivers in the family and therefore more likely to be dependent on public services, making them more vulnerable to corruption when attempting to access services.

And in this sense, as long as corruption hurts women more than men, it reinforces women’s weaker position in society. Addressing corruption, therefore, is an important step in working towards gender equality, in Lagos and abroad.