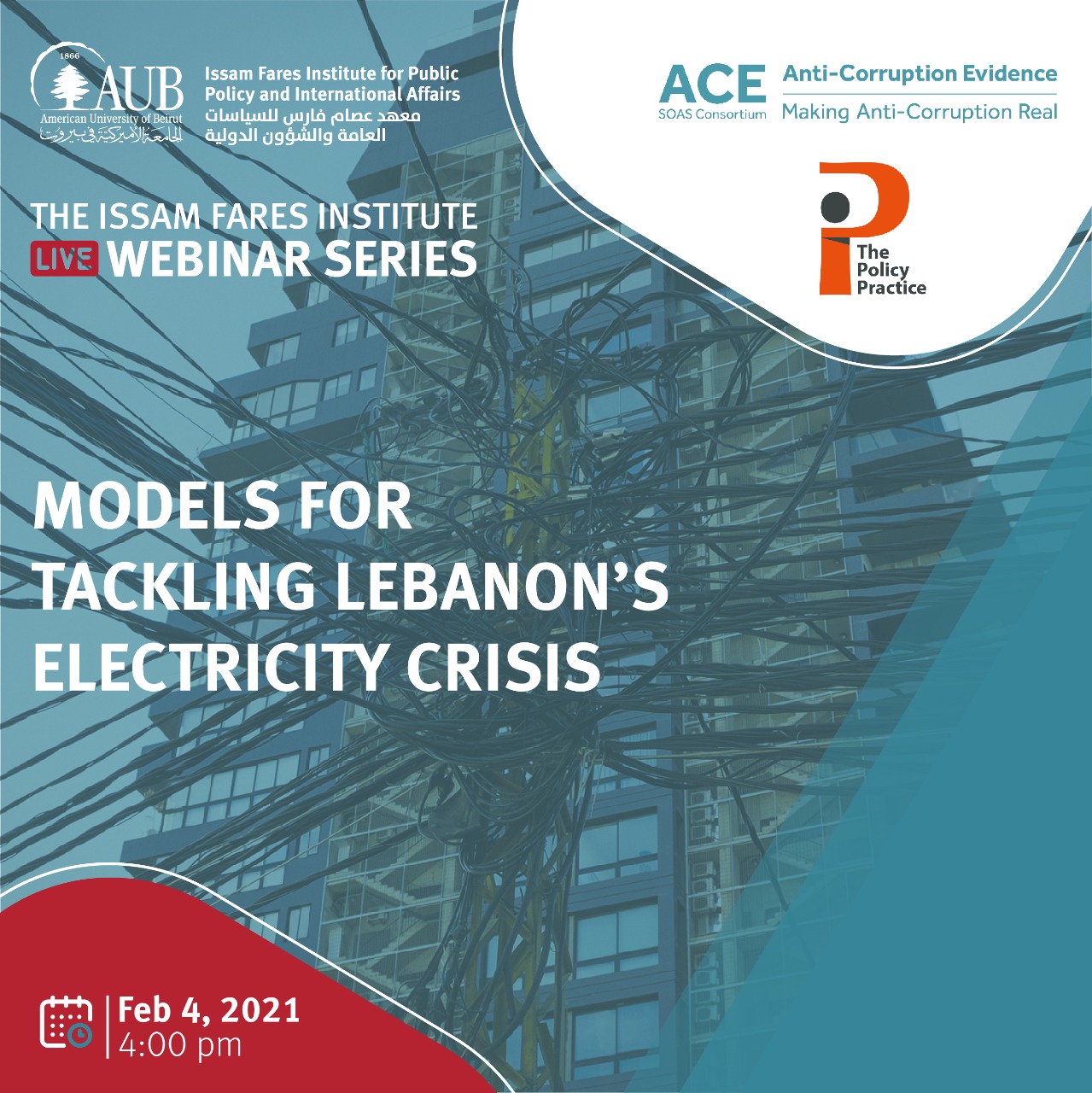 The Issam Fares Institute for Public Policy and International Affairs (IFI) at the American University of Beirut (AUB) cordially invites you to a Webinar entitled “Models for Tackling Lebanon’s Electricity Crisis” on Thursday, February 4, 2021, at 4:00pm (EET) / 2:00pm (GMT).

In Lebanon, the electricity sector’s dysfunction and inefficiency mask deeper political economy challenges, including rampant rent-seeking, captured institutions and a fractured state. Over decades, the mismanagement in Lebanon’s electricity sector has contributed to the draining of public finances and has deprived the Lebanese people of their right to reliable and affordable electricity.

Given the inability of the Lebanese Government to provide reliable and around the clock electricity – which may get worse due to the current economic crisis – most Lebanese households and institutions have relied on high cost and environmentally harmful diesel neighborhood generators to overcome the utility’s blackout hours.  However, some cities and their utilities – notably Électricité de Zahle (EDZ) – have managed to provide a high quality 24/7 service.

In this webinar, different models to overcome Lebanon’s electricity challenges will be examined. From the decentralized model, promoted by concessions such as Électricité de Zahle (EDZ) to the proposed centralized government plan that advocates the expansion of the thermal power generation base. The seminar will also examine the evolving role of renewable energy in both models and its adoption by a number of municipalities.

Click here to read the event programme and to register.

This event is part of the Anti-Corruption Evidence Research Consortium led by SOAS University of London (SOAS ACE) and funded by the Foreign, Commonwealth and Development Office of the UK Government.